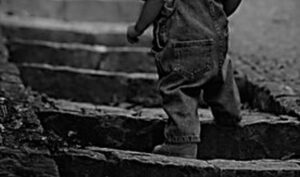 Incremental Change and Why It Doesn’t Work

Everyone who knows me, or has read any of my articles, knows that I am quite adamant, and quite literal regarding REAL legalization.  Truly, I don’t understand why it isn’t the goal for all of us. In my travels over the last thirty years, I have found very few who didn’t find prohibition to be at best an infringement of our rights as an American. And yet, the ones that I find most lacking in faith for REAL legalization are the very activists striving to bring it.
It’s unfortunate that some have actually made “Cannabis reform” a life-long career.  Now, after years invested, they find themselves striving against their first love, intent on preserving their income and position.  These are usually the first to claim quite emphatically (and apathetically) that “ALL” things come in “Baby steps”.

Actually, “baby steps” are quite common in state government. Haggling over some issues can take years and require much compromise.  By the time many issues become law, they have little or no resemblance to their former self.

But what if there were an injustice that was long overdue a correction.. something that was so monumental that it spanned almost a century and impacted the lives of billions?  What if within this injustice were found literally no truth, but only prejudices, lies and propaganda – much birthed from our very government?

Now, what if we had it within our power to by-pass ALL the corruption that had grown like a cancer for over seventy years – quickly and completely? How can “baby steps” be incorporated into this scenario?  The fact is, it can’t!

First, it’s important to understand how state government works.  Our laws for the most part reside in what are called “state statutes”.  Statutes are the part of state government that is supposed to support the state Constitution and provide all ancillary protections for citizens and businesses operating within their borders.
Statutes are where we find regulations for virtually all things regarding the day to day operation of life within any particular state.  This is also the realm of state Senators and Representatives.  Its where they live. Almost nothing makes its way into the statutes without first passing through the hands of MANY lawmakers.
Lawmakers can afford “baby steps” as they fumble about in state law because they’re spending our seemingly endless tax dollars.
What’s even worse for us is that they are and always have been in direct opposition to true FULL legalization. Most still see Cannabis as a harmful dangerous drug.
It is also within the statutes that we see the most glaring reason why defense attorneys should NEVER write state policy.  Unfortunately, most lawmakers ARE defense attorneys.  I have seen some of the most horrendous and bigoted state law amid my research into most states.

So how do we change law when the very ones we have elected to maintain and create law are in direct oppositions to our values?

It is unfortunate, but most Cannabis-using citizenry have resigned themselves to either living feebly within their state’s imposed “legal” corruption, or skate along under the radar until fate and time catches up with them.  That may be the fate for most, but at least for those living within sixteen states where they can do what is called a “Direct Initiative”, or “Citizen’s Initiative”, there is a glimmer of self-representation.  Within those states, THE PEOPLE can effect law profoundly.

According to Wikipedia, The “Progressive Era” birthed the Initiative process as a way of  “…eliminating problems caused by industrialization, urbanization, immigration, and corruption in government.“

Incremental changes implemented over time, often years, – that’s what “baby steps” usually are in state policy. Perhaps a ready tool for lawmakers spending tax dollars, but profoundly useless to citizens working with limited funds and a volunteer workforce.  The initiative process requires months of collecting signatures (usually a set quantity from each county), organization, advertising, literature, transportation – the list goes on. As well, opportunities only come round every two years with general elections. It’s important that it’s done right, since mistakes could equate to thousands of dollars lost and decades of more senseless prohibition.

For states that have taken the seemingly easy way with “baby steps”, the path to REAL legalization continues to grow.  In researching Colorado law, I identified over 150 statutes that effect cannabis.  That was a couple years ago.  I know the amount of divisive, prohibitionist rhetoric has grown considerably within the statutes since then.
This is what has happened and continues to happen today because the writers of Colorado’s “medical” and “recreational” bills, after much effort and expense, handed over control of the welfare of their Cannabis patients and their fledgling Cannabis industry, through their poorly written initiatives, to the very agencies and politicians who pledged never to support Cannabis reform.  And, as a result, thousands of pages of senseless regulation, misinformation and prohibitionist bigotry, not only continue to exist in Colorado, but are flourishing within the Colorado state Constitution.

More regulation and control… and of what?  A NON-TOXIC plant?  How can activists with ANY understanding of the Endocannabinoid system and the multitude of patient testimonies endorse anything short of complete legalization?  It’s painfully obvious that a lot of hands are in this very lucrative pie and few are concerned with the welfare of the consumer, let alone the patient as they continue to impose more costly restrictions, taxes, licensing, packaging, etc, etc.  Who pays for it all?  The consumer –  further pushing this life saving medicine away from the grasp of the patient.

Prohibition has not gone away for Colorado.  In fact, it’s alive and well.  The inflated prices and ever restricting access are fueling an ever growing black market.  In addition, the heavy taxation has strangled retail sales and further inflated prices.
Who do you know that can afford $500 to $1000 of additional monthly expense?  If you know more than a handful of people who can, you run in much richer circles than I.
The vast majority of Coloradoans who truly need cannabis have NEVER had access – except through occasional token visits to dispensaries and black-market sources. Essentially, it has ALWAYS been cost prohibitive, particularly for those who need consistent dosing. The actions of the powers-that–be insure that the cannabis industry will remain in flux for years to come – while consumers (patients) pay the price.  Literally.

With each day that cannabis prohibition exists, people are incarcerated unjustly and lose their property – in EVERY state, including Colorado.  Some lose their children.  The sick are deprived of their medicine.  Some suffer and some are helplessly left to die at the hands of conventional (Medicaid) medicine, because conventional medicine is toxic and limited when it comes to many life-threatening conditions.  This is the case since no real provision has been made for the chronically ill, the poor and the dying.
That’s not an exaggeration.  It’s a fact.  I have witnessed it for years, first hand. And it continues, even here in Colorado.  Remember.  Cannabis is not “legal” here.  It’s a Schedule I, “Controlled Substance”, here, and throughout most of the country.  In every state, people go to prison for Cannabis.

Cottage Industries
The opportunity to set things right becomes increasingly more difficult with the passage of time.  Cottage industries are created with each “baby step” that caters to prohibition at that particular level, becoming entrenched – politically and financially.  For them, greater freedom for all spells the end of their livelihood.
With each “step”, more of those who supported REAL legalization are swayed to accept prohibition with the empty promises of wealth at the expense of fellow patients and freedom fighters.

Where Patriots Abide
With a Direct Initiative, citizens can bypass lawmakers, even the Governor, taking an issue directly to the people.  The only way we are going to see true legalization is by citizens changing the law themselves.  And doing so COMPLETELY. This is how it’s done.

A Direct Initiative is not easy.  It puts a significant physical and financial burden on everyone involved.  A Direct Initiative can potentially cost many thousands of dollars.  Each and every initiative involves thousands of volunteers, committed to many, many selfless hours.  Thousands of signatures have to be gathered from all across the state.  It requires great sacrifice.
This is the price of self-rule…and that being only for sixteen of our fifty states.

Over the course of almost two decades, Colorado has dealt with two poorly written cannabis initiatives at the cost of millions, and yet they are still lacking the freedoms of “REAL” legalization.  How many more “steps” must Coloradoans suffer before it’s patients and consumers are finally given sane and just access to this natural substance that is safer and more nutritious than any other Colorado crop?

Funding for a Direct Initiative, because it is so costly, has to come from private donations and investors.  And in that is yet another issue.  With private donations comes personal agendas, which explains much of the verbiage we find in virtually ALL cannabis reform policy across this nation.

We No Longer Have Time to Tarry
I have spent the last ten plus years of my life talking to patients all over this nation.  I’ve been to their homes and slept on their couches. I’ve been in their hospital rooms and sat with them as they passed.  I have made life-preserving oil for those who could not. I have counseled the terminally ill and I have comforted widows and widowers.  I have learned their hopes and their dreams, but most importantly, they have expressed to me their need.  They need this medicine.
This is a VERY serious issue for me, not only because I have been a cannabis patient for over twenty years, but because a bare the faces of thousands of patients from all over this nation, permanently ingrained in my mind.

With all that is involved and at risk, it is insane to draft anything short of REAL legalization, freeing the plant once and for all.  No “baby steps”. And in so doing, we must effect each state Constitution, so NO ONE perpetrates these injustices on the American people ever again.
The Constitution of ANY state should not be open to casual edit.  Within it bares the very basis of our freedoms, so we must be wise, in that what we put into it should only improve our lives and not limit them.

In the words of Thomas Jefferson,

“If a law is unjust, a man is not only right to disobey it, he is obligated to do so.”

We have within our grasp the tools of liberty. We who have the power to protect and enrich the lives of our fellow citizens are in every way compelled to make it a reality.  It is not only our right, it is our directive.